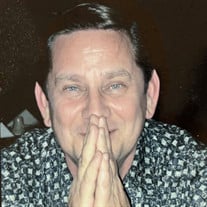 John A. Agoranos, 79, of South Barrington, Illinois. On Wednesday, June 1, 2022, John A. Agoranos, loving husband and father of three children, and amazing grandfather, passed away at the age of 79. John was born on April 12th, 1943, in Chicago, IL to Christ Agoranos and Dorothy Agoranos (Haynes). He graduated from Bradley University in Peoria, IL in 1965 and went on to work for the Internal Revenue Service and eventually the Social Security Administration, where he retired in 1995. On September 13th, 1965, John married Eleanor Diane Mancinelli, together they raised three sons, Paul (Michaelann), Peter (Sophia), and Phillip. John was preceded in death by his father, Christ Agoranos, and his mother, Dorothy Haynes. He is survived by his three sons, two brothers, James Agoranos and Gregory Hansen, a sister Christine Tollette, his cherished grandchildren, Alexa, Kayla, Ethan, Alek, and Gabriel, as well as several cousins, two nieces and two nephews. He was most proud of his Greek/Norwegian heritage and watching his grandchildren succeed in academics, sports, and grow into kind and caring people. John enjoyed spending time with family and friends. He loved to golf and spent time out on the course as soon as the Illinois Springtime weather would allow. Tiring of the short golf season, he and Diane spent 5 months a year in Florida, enjoying golf anytime, dining with friends, and hosting family as they sought to also escape Midwestern winters. During his lifetime John also enjoyed playing Volleyball, Handball, and 16” Softball, and was an avid White Sox fan. John liked to travel and once retired, he and Diane had a memorable time on a European river cruise. Though not fond of airplanes, he was always up for a road trip, often doing all the driving. John believed in giving back to others and was involved in several volunteer organizations such as Arlington Heights Youth Baseball, Boy Scouts of America – Arlington Height, IRS Volunteer Income Tax Assistance (VITA) and Tax Counseling for the Elderly (TCE). He was also an active member in the Elks Club of Desplaines and the Pelican Sound Men’s Golf Club of Estero, Florida. He will be remembered and missed by many. Memorial Visitation will be held on Saturday, June 11, 2022, from 1:00 P.M. until 5:00 P.M. at Morizzo Funeral Home and Cremation Services, 2550 West Hassell Road, (Northeast corner of Barrington Road), Hoffman Estates, IL 60169. In lieu of flowers, we ask that you consider a donation in John’s name to the Pulmonary Fibrosis Foundation, please find the link below. In lieu of flowers memorials to Pulmonary Fibrosis Foundation would be appreciated by the Agoranos Family. For further information please contact the Morizzo Funeral Home and Cremation Services at 847.752.6444.

John A. Agoranos, 79, of South Barrington, Illinois. On Wednesday, June 1, 2022, John A. Agoranos, loving husband and father of three children, and amazing grandfather, passed away at the age of 79. John was born on April 12th, 1943, in Chicago,... View Obituary & Service Information

The family of John Andrew Agoranos created this Life Tributes page to make it easy to share your memories.

Customized sympathy cards. Mailed for you.