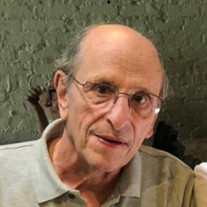 Joseph Paul Zeller, 80, of South Barrington, Illinois. Beloved husband of Nancy Jane Zeller, loving father of Laurie Zeller and Joe (LouAnn) Zeller; cherished grandfather of Joey (Kelly) Zeller, Emily Zeller, Alex Zeller, Ryan Daniels and Nicole (Rick) Zambuto; devoted brother of Michael (Betty) Zeller. Joe received a Bachelor’s Degree from the University of Notre Dame in 1962 and a Master’s Degree from Ohio University in 1964. He began his extensive forty-year career in the advertising industry working with major U.S. firms including Tatham Laird & Kudner, J. Walter Thompson and D’arcy Masius Benton & Bowles where he was Senior VP, Director of Media and Financial Services. He helped develop advertising campaigns for many top American companies including Kraft Foods, Procter and Gamble, Ford, Seven-Up and many others. During his advertising career he was listed in the Platinum Edition of the Who’s Who Registry for many years. Joe grew up a football fan, but in the early ‘70s his son Joe decided to play ice hockey. Initially, senior Joe was not very interested in the sport he knew little about. That attitude quickly changed and he became the president of the Schaumburg Hockey League. After successfully running the local club, he soon became President of the Northern Illinois Hockey League. Not long after he was nominated for and became the President of the Amateur Hockey of Illinois. Then in the early 80’s Joe became the President of the Amateur Hockey Association of the United States and he was offered the opportunity to move to Colorado Springs to run the Olympic Hockey program. However, he had another passion that would keep him and his family in the South Barrington area. Joe was an avid collector of Native American art and became an authority on the art of the Navajo, Hopi, and other Pueblo people. After retirement from the ad industry he decided to turn this passion into active support and promotion of authentic contemporary and historic American Indian art. So, in 2000 he opened the River Trading Post, with retail locations in Dundee, Illinois, Scottsdale, Arizona, and Santa Fe, New Mexico. He then became president of the Indian Arts and Crafts Association and became recognized by his peers as one of the strongest advocates in support of the preservation and authenticity of Native American arts and crafts. Due to the COVID-19 pandemic concerns, the Family will be mourning their loss privately. The family plans on celebrating his life with a memorial service to be scheduled in the post COVID-19 future. The family has created this Life Tributes page to make it easy to share your memories, photos and videos. For further information please contact the Morizzo Funeral Directors at 847.752.6444. Arrangements entrusted to Morizzo Funeral Home and Cremation Services, 2550 West Hassell Road, (Northeast corner at Barrington Road), Hoffman Estates, Illinois 60169. For those of you that would have attended services and would like to express your condolences to the family, please click on the link above and you can leave the family a message, with the share a memory link. If you wish to send a sympathy card to the Family, please feel free to send it to Morizzo Funeral Home, 2550 Hassell Road, Hoffman Estates, Illinois, 60169 c/o The Family. We will gladly forward it on. In lieu of flowers please make a donation to your favorite charity.

The family of Mr. Joseph Paul Zeller of South Barrington created this Life Tributes page to make it easy to share your memories.

Send flowers to the Zeller family.