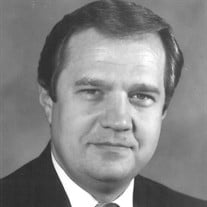 Robert Joseph "Paul" Podgorski, 76, of Hoffman Estates, Illinois. Born July 18, 1943 in Chicago, Illinois, Bob is survived by his wife Constance F. Podgorski, nee Moore, and their three grown Children, Debra Lynn (Alex) Attiah, Katherine Ann Just and David Joseph (Beata Strama) Podgorski as well as six grandchildren, Annika Attiah, Ronan Attiah, Laila Attiah, Jenna Just, Jack Just and Mars Podgorski and his sister Beverly (Podgorski) Nesbitt. He was preceded in death by his Father, Joseph Paul Podgorski and his Mother, Lillian V. Podgorski. Bob was most proud of his family and marriage of 54 years to Constance – the dream, traveling companion and rock of his life. He was also proud of his continuing community involvement both professionally and civically throughout his life. Believing in giving back and paying forward, Bob was past president of the Electronics Personnel Association, founding member and past president of the Employment Management Association (a Pericles award winner), as well as The Relocation Council of Chicago. He was co-chair of the former Chicago-land’s Project with Industry for 14 years and past chair of the North Chicago Business and Industrial Council – Human Resources committee. Bob was involved with the Environmental Commission of Hoffman Estates as Past chairman and as a member of the Hoffman Estates Sustainability Commission. In addition, Bob was a member and past board member of the Hoffman Estates Chamber of Commerce and a member of their annual fishing derby and scholarship’s committees. He founded, developed and coordinated the Saint Hubert Job and Networking Ministry, beginning in 2003. He was a prolific writer in careering, Human Resources and on fishing topics. He was a contributing writer for Outdoor Notebook and published articles in several other fishing publications. He also volunteered as judge of the annual Silver Games fishing derby for Friendship Village, Schaumburg, IL. In 1985 Bob founded his own business practice, R.P.P. Enterprises, Hoffman Estates, IL. Beginning as a Human Resources Consulting practice, it evolved into a job transition support organization presenting careering programs throughout the Chicago land area, with a mission to use his knowledge of employment and hiring methods to help seekers. He was also the director of the Schaumburg Township Employment Support Center. Prior career affiliations include Director of Employment and Staffing, Northrop Grumman Corporation; Rolling Meadows, IL where he was instrumental in helping to establish the Company’s B-2 Bomber Division and assisted in the merger between Northrop and Grumman Corporations. He was a member of the H.R. management teams of AT&T’s former Teletype Corporation, Skokie, IL. He was also an H.R. Executive with Ohmite Manufacturing Company, Chicago area and Alliance Manufacturing, Alliance OH, (both North American Philips Companies). He joined Charles Industries, Rolling Meadows, IL and later affiliated with Harper Community College where he managed their remote operations in Prospect Heights and Schaumburg, IL, as well as provided careering topics as a Harper College adjunct instructor. Bob’s favorite saying was “Through Faith there is Hope, where there is hope, there is a future.” He will be remembered for his love of family, deep faith, giving spirit and sense of humor, all of which NEVER failed him. In lieu of flowers, memorials in his memory can be made to Sloan Kettering Cancer Center or to the St Hubert Catholic Church Family and friends will meet Friday, September 6, 2019 from 3:00 P.M. till time of funeral service at 8:00 P.M. at Morizzo Funeral Home and Cremation Services, 2550 Hassell Road (Northeast corner of Barrington Road), Hoffman Estates, IL 60169. A private family inurnment will take place at St. Michael the Archangel Catholic Cemetery Mausoleum.

The family of Mr. Robert Joseph Podgorski of Hoffman Estates created this Life Tributes page to make it easy to share your memories.

Send flowers to the Podgorski family.